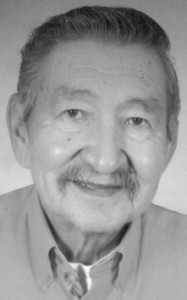 It is with broken heart and great sadness to announce the passing of DAN CORDELL WEASEL MOCCASIN from a lengthy illness at the Foothills Hospital in Calgary on Monday, March 14th, 2016 at the age of 70 years.

Dan was an excellent provider as a husband and father. He had many talents and worked at a variety of businesses; a farm near Magrath, the Plywood Factory in Fort Macleod, at Kainai Industries, then retired after 21 years with the Blood Tribe Dept. of Health. He loved and cherished his music; Country, Pow-Wow and Round Dance. He would crank his stereo, whether it was at home or in his vehicle and made them rock with the vibrations. DJ’ing became his hobby which led him to become known as “The Wolf Man”. He will be dearly missed by all of his family and friends.