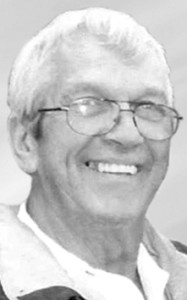 PETRUS “PIERRE” MAASAKKERS, beloved husband of Gayle Maasakkers, of Lethbridge, passed away at the St. Michael’s Health Centre – Palliative Care Unit, on Saturday, March 19, 2016 at the age of 71 years.

He was born on October 7, 1944 in Gemert, Netherlands to John and Antonia Maasakkers. When he was nine, his family left their home in Holland and sailed to Canada, where they lived in Raymond and High River but ended up calling Spring Coulee home. In 1968, he married Donna Battist. They moved to Bradshaw, where they had two children, Renee and Darren. It was also there that Pierre started his trucking company, Flying Dutchman Transport, which he ran for 17 years.

In 1987, he married Gayle Anderson, and proudly became step-father to Tracy, Jason, and Terry (Tank). Pierre was a mechanic by trade for most of his life; a skill he inherited from his dad. He loved tinkering in his garage; his favourite hobby recently was to build quads for his grandchildren to ride on. He had a special love of music and often entertained people with his guitar and banjo playing. In the mornings, you could always find him at the kitchen table doing his crossword puzzles.

Family meant everything to Pierre, he was a proud father and a wonderful grandpa. He is survived by his loving wife, Gayle, his children, Renee (Dale), Darren, Tracy (Greg), and Terry (Shannon) and his grand-children, Jonathan, Steele, Cruz and Cash.

The family would like to thank the staff at St. Michael’s Care Centre for their loving care and support during Pierre’s final days. Gayle would also like to extend a special thank you to her colleagues at Extendicare for their tremendous support during this difficult time.

Pierre will then be laid to rest at the Spring Coulee Cemetery and all are welcome to attend.