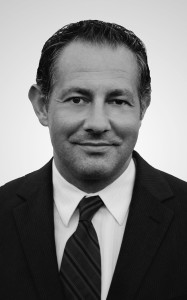 It is with profound sadness that we announce the sudden death of JAMES (JIM) NATION HILLYER, on Wednesday, March 23, 2016 at age 41 years, in Ottawa, ON. Jim is the beloved husband of Olivia Dawn (Boehme), and proud father of their children London, Taylor, Nation, and Asia.

He will be remembered by his loving parents Jim and Marianne Hillyer, 13 siblings, their spouses and many, many nieces and nephews. Also, by his in-laws Val and Vivian Boehme, Livi’s five siblings and their families, plus the extensive Hillyer, Schimanski, Boehme, and Brown families.

Jim was born in Lethbridge, AB on July 8, 1974, ironically on the day that saw our current governing party re-elected to Canada’s Parliament with a Trudeau at the helm. Raised in Southern Alberta, he eventually settled in Raymond with his family, after earning a BA in Philosophy, MA in Political Economy, and completing advanced PhD studies in Constitutional Law. A federal politician, entrepreneur, business consultant, published author and documentary producer, Jim learned early in life that with hard work, tenacity, and conviction all things are possible.

The love of his life is Livi, his high school sweetheart, who he met at the foot of the floodlights, just off Broadway (N Raymond), when the two had starring roles in the community theatre musical production of The Music Man. Jim and Livi were married on August 25, 1995 at the Alberta Cardston Temple, just six weeks after he completed a two-year mission for The Church of Jesus Christ of Latter-day Saints in Eastern Ontario and Quebec. Their journey together took them to many points in western Canada and the USA, as Jim pursued his education, business opportunities and political objectives. Having had 18 different residential addresses during 20 years of marriage, Livi was more than happy to finally settle in Raymond to raise their four children.

A man of deep faith, Jim survived leukemia in 2003, putting him back on track to pursue his lifelong dream of serving in Canada’s Parliament. In May 2011 he was elected as the Member of Parliament for Lethbridge, and re-elected to the new Medicine-Hat-Cardston-Warner constituency in October 2015. Even after nearly five years on ‘the Hill’ he would say, “my heart still swells with humility and gratitude when I walk to work and see the Canadian flag waving above the Peace Tower.”

As a Member of Parliament, Jim had many fine moments, the greatest of which came from the Blackfoot Canadian Cultural Society in February 2013, when he was honoured with the indigenous name Api Stamiik (White Buffalo Bull Calf) ‘Protector of the People’ recognizing his years of support for First Nation’s people and their causes. Jim considered himself privileged to receive such a humbling and inspiring honour.

Active in the community, he had volunteered with minor hockey, the Heart and Stroke Foundation, Canadian Cancer Society, and as a leader with Scouts Canada. He is a former member of the U of L Singers and violinist with the Lethbridge Symphony.

Jim believed that Canada is the greatest country on earth and that Southern Alberta is the best place to live and raise a family. The golden prairies, vast enough to see the Sweet Grass Hills on the east and Old Chief Mountain on the west, were a delight to his soul. He dedicated his life to inspiring people to learn and live the principles of freedom, happiness and prosperity. Jim will always be loved and deeply missed.

The family appreciates all expressions of support and condolences and asks in lieu of flowers donations be made to the Hillyer Children Trust Fund c/o ATB Financial by quoting Transit 07349/Institution 0219.

Messages of condolence may be sent to condolences@generationsfh.ca or to sign the electronic guestbook visit: http://www.generationsfh.ca. In Medicine Hat, a condolence book is available at MP Hillyer’s constituency office, located at 207 – 578 3rd St. SE during business hours.

One Condolence for “HILLYER James”