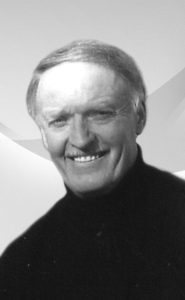 ED KUBIK, 69, passed away peacefully in his sleep at Lethbridge Regional Hospital on Wednesday, August 24, 2016. He leaves his two daughters Karma (David) and Kara (Keisuke). Ed was predeceased by his wife of 22 years, Joanne and his father, Emil. He is survived by his mother Josephine, four siblings Vicki, Geri (Mike), David (Lori) and Emily (Wayne) and his companion Norma Guzman along with many nieces, nephews and extended family.

Ed was born on October 16, 1946 and spent his childhood growing up in Picture Butte. He was always using his hands to build something and as he got older his interest in Carpentry sparked a successful 27 year career with Triple M Housing as well as his own independent company. Many also knew Ed for his passion for Mopar cars, his prized possession being his ’71 Roadrunner.

Ed didn’t need to travel to faraway places to have fun, he knew how to enjoy the simple things in life, from tinkering in the garage to spending a night out dancing. He was a strong, fun loving man and will be deeply missed by his family, friends, co-workers and all others who were blessed enough to have him in their lives.

Family wishes to thank Dr. Benke and the nursing staff (5B and 4B) of the Lethbridge Regional Hospital for their care. If friends desire a memorial donation maybe made at a charity of your choice.

A Service of Remembrance will be held at CORNERSTONE FUNERAL HOME, 2800 Mayor Magrath Drive South, Lethbridge, AB, on Friday, September 2nd, 2016 at 11:00 A.M., with Reverend Glenda Wert officiating. Cremation with a private interment will be held at a later date.

One Condolence for “KUBIK, Ed”