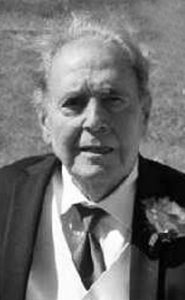 FIORAVANTE D’ANDREA, beloved husband of Joyce D’Andrea, of Lethbridge, passed away at the Peter Lougheed Hospital in Calgary, on Sunday, January 29th, 2017 at the age of 78 years.

He was predeceased by two brothers, Mike and Vic and by one sister Madeline.

Fiori was born July 2nd, 1938 in Lethbridge and was raised in Readymade. He attended Lethbridge Junior College in its Inaugural year and he was the first student union president. After working in Calgary and Prince George in Media Production he later returned to Lethbridge to do Media Production at the College where he met Joyce. They were married December 23rd, 1972. Fiori was a quiet, gentle man with a good sense of humour. He was a member of the Knights of Columbus and coached little league baseball. Fiori would always support whatever sports his children were in. In his retirement he went to Sears to sell tools, which he thoroughly enjoyed. His favorite hobby was woodworking and he built many things, including his home and furniture. He was a perfectionist and many marveled at his talent. He will be sadly missed by his family and many friends.