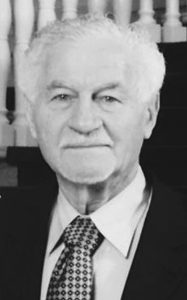 PETER DYCK, beloved husband of Clara Dyck of Coaldale, Alberta, passed away suddenly in Lethbridge on February 14, 2017 at the age of 79 years.

Peter was predeceased by his mother and father, three brothers and two sisters. He is survived by his wife, children, grandchildren and one sister. He is also survived by many Brothers-in-law, Sisters-in-Law, Nieces and Nephews.

Peter was born on a farm on June 1, 1937 South East of Wymark. After finishing his school in Rhineland, Saskatchewan he went on to farm with his father on the family farm. Peter loved the Lord and became a Christian early on in his life. On June 2, 1973 he married Clara Wiebe and they went on to have five children, Lorne, Celia & the biggest surprise triplets Kelly, Candice & Cynthia. They continued to grain farm, with a cow and calf operation. He was also a dairy farmer for a number of years. He was very skilled with his hands and made many of his own tools as well as being mechanically minded, overhauling many engines for his neighbours and friends. Pete & Clara also made and sold sausage for 15 years.

They moved to Alberta in 1994, where he worked on a dairy farm and as a welder. Pete and Clara own a catering business which they have continued for 40 years as well. Pete was a very loving, kind and compassionate man, loving his family dearly, and going the second mile. He was a very hard worker and would always help a friend in need. He loved his trips to Hawaii and travelling. Pete and Clara’s favourite pastime was to go to Waterton and Banff, Alberta to see the mountains. He had a passion for hockey like no other. He was a quiet passionate man, who could sit for hours and read a good book. He had a green thumb and loved to take care of his yards, both at the farm and here in Coaldale. His favourite thing in the summer was to sit in the backyard on the swing he made himself and listen to his music with the grandchildren and his wife.

He is dearly loved by his family, friends and neighbours and will be greatly missed by all.

A private family graveside will be held on Saturday February 18, 2017.

A celebration of his life will take place on Saturday February 18, 2017 at UNIVERSITY DRIVE ALLIANCE CHURCH, 55 Columbia Blvd. West, Lethbridge at 3:00 p.m.

In lieu of flowers, donations may be made in memory to Gideon Bible or STARS Ambulance.

A special thank you to the staff in the ICU unit at Chinook Regional Hospital, who showed so much love and compassion to our father.

In our hearts forever and always.