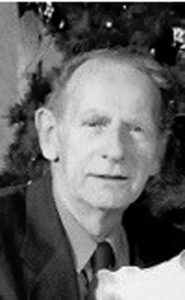 Born on March 18, 1928 in Huizum, Netherlands, Sybren (Syb) was taken from us at St. Michael’s Health Centre on February 15, 2017 after bravely battling cancer. Although Syb had a difficult childhood and his strong work ethic was developed early in childhood out of necessity, Syb’s mischievous, adventurous, and amusing spirit was formed at an early age and was apparent through hearing tales of his youth. At age 17, Syb joined the Royal Netherlands Army and was stationed in Indonesia, fighting in the Indonesian War of Independence. Upon returning to the Netherlands, Syb met and fell in love with Henny Hoefman of Rotterdam. Syb and Henny married September 13, 1952 in Enschede, before deciding to start a new life in North America. They set sail to Canada and settled briefly in Gault (now Cambridge), ON, where their first child, Jenny, was born in 1953. The small family then travelled west to the interior of BC where son Paul was born in Nelson in 1955. Syb worked at many farms and factories to support his growing family during this time. After moving to New Westminister, BC, where daughter Teresa was born in 1960, the family then settled in Alberta, where Syb would happily live the remainder of his life. Syb and Henny’s last child, Rita, was born in 1964 in Medicine Hat. Syb grew into a successful and industrious businessman, working in many varied industries. After Henny’s sudden passing in 1985, Syb met and fell in love with Arlene Fidelson of Manila, Philippines, and the two married December 29, 1986. Syb was a beloved and hard-working family man, who loved to laugh, sing, dance, joke, and reminisce with family and friends. Syb valued a hard day’s work, loyalty, common sense, intelligence, and humour. Syb’s family was the most important thing in the world to him, and what he loved most of all was to be at home talking with family and friends or spending time with his dogs. Syb always loved working around the house and yard, renovating, or trying a new creative project. Syb was liked by all who had the pleasure to meet him and he loved a good joke more than anyone, good stories, and could find humour in all situations. Syb was predeceased by his father Paul and mother Teresa; brother Rense (Tina); sister Hika (Willie); beloved son-in-law Gary, and his cherished dog Archie. In addition to his wife Arlene and children Jenny, Paul, Teresa, and Rita, Syb leaves behind his much-loved daughter-in-law Chris and son-in-law Tony; adored grandchildren Miranda, Kyle (Méabh), Brittany, Toni, and Jesse; great grand-daughter Aoife; many much-loved friends, family, and in-laws. Syb was particularly close to his sister-in-law Ge Greven of Deventer, Netherlands. Also, missing Syb will be his precious four-legged boys Chico and Copper, who followed Syb everywhere and loved him endlessly. Syb will be missed by all he left behind. We would like to give our deepest thanks to Syb’s doctors, nurses, and health care team who supported and cared for him during his cancer battle and his last days. A Memorial Service will be held at 3:00pm on Saturday, February 18, 2017 at MARTIN BROTHERS RIVERVIEW CHAPEL, 610 4 Street South, Lethbridge with Deacon Isaac Driedger, officiating. In lieu of flowers, please send donations to the Canadian Cancer Society, 200, 2424- 4th Street SW, Calgary, AB, T2S 2T4.