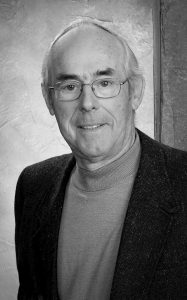 With great sadness we announce the passing of Wes Greer on March 7, 2017.

His 80 years of life were full. Wes was born in Weyburn, Sask and attended a one-room schoolhouse. He had many escapades with his brothers and sisters on the farm, and after highschool worked construction in Regina. One cold January day in 1956, Wes climbed down from the roof he was shingling and went straight to the local recruiting office. Thus began a nine-year adventure as a flight navigator for the RCAF that took him around the world.

In the 60s and 70s, Wes and Kay farmed near Carmangay. Both hard workers, they thoroughly enjoyed farm life as they raised their young family. In 1975, they relocated to Lethbridge where Wes spent the next 40 years as a successful homebuilder and businessman.

Wes was an avid golfer and long-time member of The Lethbridge Country Club. Sincere thanks to his good friends who ensured he kept getting out to golf as his illness progressed. He fondly remembered his travels to legendary courses like St. Andrews and Pebble Beach, but the Country Club was his second home. We will always feel close to him there.

He will also be missed at Penny Coffee House, where he’d met friends daily for decades.

Wes will be remembered as a straight-shooter who enjoyed hard work and loved his family. In his words, “If you like what you do and you’re happy with what you have, you’ve got the life that everyone wants.”

Though he was successful by every measure, it was family that mattered to him most. In his final days, visits from the little ones kept Grandpa Wes smiling.

He was predeceased by his parents Ted and Irma Greer; brothers Bud, Ken and Gerry; and his grandson Kevin.

The family extends thanks to the staff on 4B at CRH, whose kindness and compassion will never be forgotten. We are grateful for your hard work.

A Memorial Service will be held at 11:00am on Saturday, March 11, 2017 at MARTIN BROTHERS RIVERVIEW CHAPEL, 610-4 Street South, Lethbridge, AB., with Deacon Isaac Driedger, officiating.