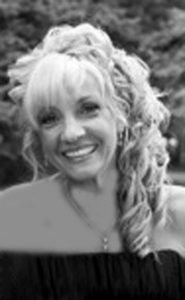 It is with great sadness that we say goodbye to our mother, sister, aunt and friend. On the morning of March 11, 2017 Susan Tashiro passed away suddenly at Chinook Regional Hospital. Susan Tashiro was born June 1, 1967 in Cauahtemoc, Chihuahua, Mexico to Abram and Agatha Giesbrecht. The family moved to Canada, where they settled on a small farm in Reinfeld, Manitoba. Susie was never one to stay still and in 1986 she moved to Vauxhall, Alberta where she met and later married Darren Tashiro. Together they had four daughters, Jenny, Shae-Lynn, Makayla and Delaney. Susie is survived by her daughters Jenny (Jesse), Shae-Lynn and Makayla, three sisters Tina (Pete), Helen and Samantha (Ken), six brothers Ben (Anna), Ike (Susan), Abe (Tina), Henry (Trudy), John (Sandra) and George (Eva) and many nieces and nephews. She was predeceased by her daughter Delaney Tashiro, Mother, Agatha Remple Giesbrecht, father, Abram Giesbrecht and brother, Frank Giesbrecht. A private family service was held.