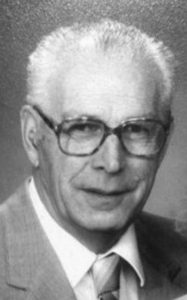 Mr. Colin Osborne Cox of Barons, AB passed away on March 13, 2017 at the Chinook Regional Hospital at the age of 88.

Colin was born and raised in Armstrong, BC. He then moved to Alberta and worked several years as a farm laborer until becoming employed as an Alberta Wheat Pool manager until his retirement. Colin and Annie loved to travel, go camping and spend time with their family. Colin was a jack of all trades and could fix anything and loved to keep busy. Colin was a lifetime member of the Legion and kept the grounds around the Barons Legion in immaculate shape.

Colin was predeceased by his parents Herbert Hugh and Christina Cox and his brother George Cox.

A special thanks to the staff for the care provided at the Good Samaritan Society Park Meadows Village and the staff at the Chinook Regional Hospital.

Dad will be dearly missed. A celebration of life will be held later in the spring.