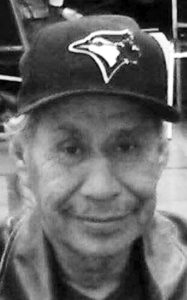 It is with profound sadness that we announce the passing of our dear brother, RANDY “Wild Man” SMALL EYES SHOUTING (Aakaimootah), on March 15, 2017 at the Chinook Regional Hospital. Randy was the youngest son of the late Joseph and Beatrice Shouting Jr.

The Family Service will be at Legacy Funeral Home, Cardston on Tuesday, March 21st at 4:00 p.m. followed by the Wake Service at the Old Saipoyi Gym, Stand Off from 6:00 to 10:00 p.m. The Funeral Service will be at St. Paul’s Anglican Church, Blood Reserve on Wednesday, March 22nd at 11:00 a.m. Interment in St. Catherine’s Cemetery.