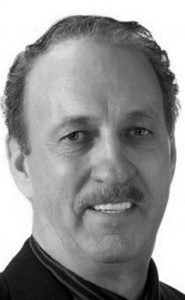 Mr. Leonard Wendelin Mitzel of Etzikom, beloved husband of Mrs. June Mitzel, passed away on March 19, 2017 at the age of 71 years.
Leonard was born in Lethbridge on February 18, 1946. He grew up on the family farm south of Nemiscam, north of Milk River, with the beautiful prairie and the Sweet Grass hills in the distance. He graduated from St. Francis School in Lethbridge, and worked at Alberta Transportation surveying new highways before he enrolled at the University of Lethbridge as a second year pre-engineering student. In 1977, he returned to the family farm. His curious mind led him on adventures province wide and around the world.  Locally he was a Councillor 1996 and Reeve for the County of 40 Mile. Len and June co-founded the Etzikom Museum & the Canadian National Historic Windmill Center, in the tiny village of Etzikom, population 33. He was a participant of the North West Mounted Police Red Coat Trail Ride, with over 200 riders, over 2 summers, 1300 miles, which was dedicated to those who made the original trek from Manitoba to Fort Macleod, AB.
He was a self-taught musician, passionate about people, and dedicated to the southeastern corner of the province, which he called home. In 2004, he was elected Member of the Legislature of Alberta for Cypress Medicine Hat, and then re-elected in 2008. He worked diligently on the Ports to Plains Project corridor, and the Southeast Alberta Water Task Force, as well as the Palliser Health Region Board. In 2015 Etzikom celebrated 100 years Homecoming welcoming over 800 guests for the weekend.
He most recently rebuilt antique gas pumps and an old garage replica to house antique cars.  His last big project was completed in September 2016 – The Forty Mile Rail, bringing Grain Cars back to Foremost. Leonard also enjoyed his theatre career, acting and singing on the stage, as well as golfing, hunting, trail riding, and travel. But mostly his grandchildren filled his time. He loved teaching and explaining history and his eyes would light up when those he was teaching got it.
Besides his loving wife June, Leonard is survived by his daughter Lara & Scott Smith and their children Isobel, Caleb, Olivia and Karra; son Michael & Nina Vezina and their children Kindrie, Kayla and Mystearica; June’s daughters Laurie Brower and her children Pearl & Gordon, Patty & Don Edey and her children Paige Williamson & Blake Williamson.  Sisters Aurelia (Ian) McKenzie, Colette & Tom Glynn, Shiela & Rodger Seeman and their children Stephanie, Michael & Kima Hazelwood; Michelle Seeman; Ryan & Angela, Emily & Vanessa Seeman, Aaron & Mary Catherine, Reuben & Townes Seeman, as well as his cousins, the Kultgen & Mitzel families.  He was predeceased by his parents Joseph & Marguerita Mitzel
A Celebration of Life will be held at 1:00pm on Friday, March 24, 2017 at FOREMOST COMMUNITY HALL, with Reverend David Carter, officiating.
In lieu of flowers, those who wish may make memorial donations to the Etzikom Museum & Historical Windmill Center, PO Box 563, Etzikom, AB T0K 0W0
Visit www.mbfunerals.com to send a private condolence.