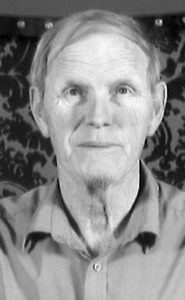 It is with great sadness that we announce the passing of Mr. John Chudobiak, husband of the late Wilma Jane, in Lethbridge on Wednesday, March 15, 2017 at the age of 67 years. John is predeceased by his wife, Wilma Jane Chudobiak (Machnee); parents, Michael and Margaret Chudobiak, brothers Don, Bill and Richard Chudobiak. John is survived by his partner Diana Gesinghaus; sons Jerry of Carmangay and Robert (April) of Coaldale; sister Susan Parr of Lethbridge; brother Bruce of Calgary; granddaughter, Ashley. John will be most remembered in Coaldale for his Taxi Cab business that served the community for many years. He treated every customer with respect and truly loved what he did. It didn’t matter how tired he was, he never refused to drive someone to their destination. He was very much a people person and I wouldn’t be surprised if he’s already got another taxi business going in Heaven. He will be deeply missed by his many friends and relatives. Family and friends are invited to pay their final respects at 10:00AM on Saturday, March 25, 2017 at the COALDALE FUNERAL HOME, 2013- 1711 20th Street Coaldale, Alberta, T1M 1J7. An interment will follow in the Coaldale Community Cemetery. Following the graveside service, family & friends are invited to The Gem of the West Museum, 1306 20 Street, Coaldale, AB.

for a time of fellowship and refreshments.