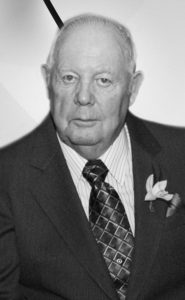 IRVIN JAMES BENNETT, passed away peacefully at the Chinook Regional Hospital on Sunday, March 26, 2017 at the age of 84 years.

Irvin was born May 16, 1932, on the family farm in Armada, Alberta to Albert and Nina Bennett. He shared his birthday with his twin sister Iva. He grew up on the farm and took over when he was 17 years old, after the death of his Dad. Irvin was a meticulous and diligent farmer up until he retired in 1992. Irvin never complained about his physical challenges in his last years. He accepted his Parkinsons with such grace and dignity, his cancer going undetected until just days before his passing.