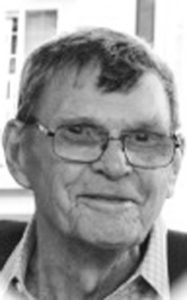 Henry passed away peacefully on March 27, 2017 of cancer. He was predeceased by his mother Helen, father Isaac and older brothers Leonard and Bert. He leaves behind his loving wife and cherished companion of forty years, Elizabeth; four step children, five grandchildren, and two great grandsons. Henry was born in Travers, Alberta to a small farming family where he worked the land until moving to Lethbridge in 1997. He fully retired from farming in 2002. Elizabeth and Henry spent the past two years in “The View” retirement residence where they made many friends and memories. Henry was the most generous, kind and thoughtful man who had time for anyone, even a stranger. He will always be loved and never forgotten. Henry will be laid to rest at Archmount Cemetery (2650 Westside Drive Lethbridge) on Tuesday, April 4, 2017 at 2:00PM. In lieu of flowers please donate to a cancer charity.