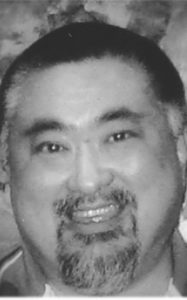 ALAN YUKIO TSUKISHIMA of Burlington, ON passed away at home on Wednesday, March 15, 2017 at the age of 56 years.

He is predeceased by father Tsutomu, and sister Grace Catt.

Alan was born in Lethbridge on August 31, 1960 to Keiko and Tsutomu Tsukishima. He attended school in Coaldale and completed one year at the University of Alberta in Edmonton. In 1981 Alan started work at Ikea in Edmonton, and was still in the Burlington Office at his passing. His work took him to numerous places across North America and one trip to Sweden.

A Family Memorial Service will be held at Mountain View Cemetery, Lethbridge on Saturday, April 15, 2017 at 3:00 p.m. with Rev. Y. Izumi officiating. Following the graveside service, family members are invited to a Celebration of Life gathering for Alan at the BUDDHIST TEMPLE OF SOUTHERN ALBERTA, 470 – 40 Street S, Lethbridge, Alberta.

Koden and flowers are gratefully declined, and memorial donations may be made to the Heart and Stroke Foundation of Alberta, 100-119-14 Street N.W., Calgary, AB T2N 1Z6.