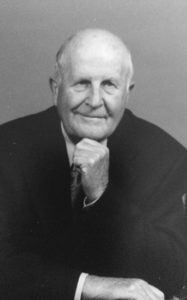 DONALD LINDEN NILSSON, beloved husband of the late Judith (Proctor) Nilsson, passed away in Raymond on Tuesday, April 4, 2017 at the age of 94 years.

Don was predeceased by his dear wife Judy, their first son Stephen, parents Linden and Beatrice Nilsson, his sister Pauline, and his brother Eldred (Joyce) Nilsson.

Don loved his family and looked forward to visits from all his grandchildren. He spent many years in the cattle business and made many wonderful friends. He was active in The Church of Jesus Christ of Latter-day Saints and enjoyed his many years of service.

A special thanks to all the staff at Ridgeview Lodge and the doctors and nurses at the Raymond Hospital who made his later years so enjoyable.

Email condolences may be sent to www.generationsfh.ca