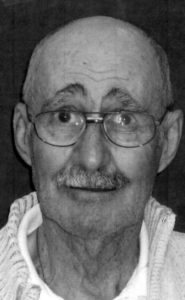 Mr. Stuart Cameron of Lethbridge, beloved husband of Pat Cameron, passed away peacefully on April 20, 2017 at the age of 82 years. Stuart was born in Edmonton, AB on June 15, 1934 to Alfred and Christina Cameron. He completed his high school education in Lethbridge, and attended LCC’s Culinary Program, he then went on to SAIT to obtain his Hotel / Motel Business Management Degree. He worked in this industry until 1984, when he became president of Baron’s Oil. Stu was self-employed until his retirement in 2005. Stu loved to play golf and did so 7 days a week in various leagues around Southern Alberta. He was also a member of the Lethbridge Country Club. He met and married Patricia (Baynham) in 1953, and together they raised a family of 7 children. Besides his loving wife Pat of 63 years, Stuart is survived by his 3 daughters Florence Huesken (Henry Riggelson), Judy (Ron) Filgas, Linda (Barry) Fitchett; 4 sons Donald (Lesley) Cameron, Stuart (Kathy) Cameron, Kevin (Gwen) Cameron, Calvin Cameron; 15 grandchildren, 16 great-grandchildren; sister Donna (Basil) Lagopoulas, sister-in-law Beatrice Cameron, and brother Sandy (Jocelyn) Cameron. He was predeceased by his parents Alfred & Christina; his brother Donald, and special brother and sister-in-law Harry & Flo Owczar; son-in-law Robert Huesken. A Celebration of Life will be held from 1:00pm – 4:00pm on Saturday, May 6, 2017 at Park Bridge Estate Community Hall, 2920 28th Ave. South. In lieu of flowers, memorial donations may be made to the charity of your choice.

One Condolence for “CAMERON, Andrew”