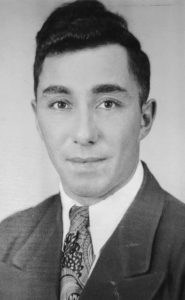 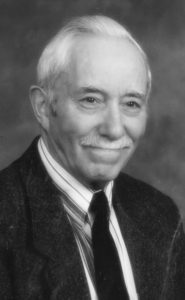 PHILIP ADRIAN HARTMAN, returned to his heavenly home on Saturday, April 22, 2017 after a valiant battle with a brief illness at the age of 88 years. His devotion to his family and his firm belief in God supported him in his struggle and ultimately gave him peace.

Philip was born to the late Simon and Mary Hartman on a farm in Handel, Saskatchewan. He was immersed in the Catholic faith that would be his lifelong support.

Philip was a farmer at heart. From a young age, he was responsible for the running of the family farm, along with his brothers, due to the death of his mother at the tender age of 13. Farming was an occupation he relished. On November 12, 1952, he married the love of his life, Florence Eva Ransom. Together, they raised seven children. After years of struggling on the farm, they moved to Alberta for a better life. In 1967, they moved to Lethbridge and eventually Taber, where Philip was a LPN for the Taber Regional Hospital until he retired in October 1990. After living in several communities, they decided to settle in Lethbridge for his final years. Together, they bought many fixer-uppers and renovated them into beautiful homes. Philip always enjoyed a project.

Special thanks to the staff of Sunny South Lodge for their care through Philip’s short stay and to Cornerstone Funeral Home for the respect and care they offered to our Dad and family.

The Funeral Mass will be celebrated at OUR LADY OF THE ASSUMPTION CATHOLIC CHURCH, 2405 – 12 Avenue South, Lethbridge, AB, on Friday, April 28, 2017 at 10:30 A.M. with Father Kevin Tumback celebrating.

A Private Family Interment will follow at Mountain View Cemetery.