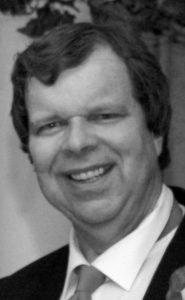 Mr. David Richard Paulsen of Lethbridge, beloved husband of Mrs. Darlene Paulsen passed away suddenly on Wednesday April 19, 2017 at the age of 65 years.

Beyond his family, he loved his coffee, books, pens, movies and playing games. He loved his grandchildren dearly as well as his cats and grand cats.

He was predeceased by his father Fred Paulsen; brother Michael Paulsen and nephew Gordy Paulsen.