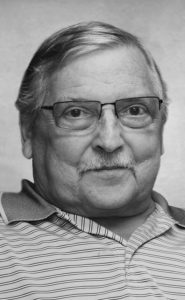 PETER BAYNE ANDERSON, beloved husband of Elaine Anderson (nee Drevenak), passed away at the Chinook Regional Hospital on Saturday, April 29, 2017 at the age of 69 years.

He was a loving father of Craig (Alana) Anderson and Danica (Mitch Lawson) Anderson and is survived by his sisters Ann Crighton and Shirlee Sanford as well as his granddaughters Katherine Anderson-Bain and Kristen Bain. He was predeceased by his daughter Hillary Lorraine Anderson.

Peter was born on December 7, 1947 to Dorothy (Martin) and Robert Anderson in Lethbridge and resided there his entire life. Peter worked as a mechanic at Telus (AGT) for 20 years. Following that, he was a Mac Tools distributor around Southern Alberta and finished his career as a sales representative for Sears. Peter enjoyed traveling, camping with a good book and Spitz, and was passionate about classic cars. He most enjoyed spending time with his family and was always very proud of them.

A Celebration of Peter’s Life will be held at IMMANUEL LUTHERAN CHURCH – 20 Rocky Mountain Boulevard West, Lethbridge, AB on Friday, May 5, 2017 at 1:00 P.M. with Pastor Rob Mohns officiating.

One Condolence for “ANDERSON, Peter”