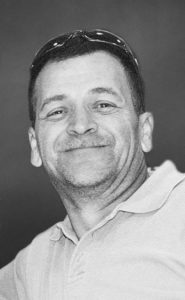 ALLAN BRADLEY “BRAD” KNOX, beloved husband of Patricia Knox, passed away while surrounded by his family, at the Foothills Medical Centre on Friday, April 28, 2017 at the age of 53 years.

Brad was the son of Ed and Judy Knox and the son-in-law of Ingrid Ferleyko. He leaves behind to mourn, two sons from a previous marriage, a son back home and a daughter who was the apple of his eye. Brad, who was warm-hearted and always giving, also leaves behind his two loving brothers and one sister as well as three brothers-in-law and one sister-in-law.

Funeral arrangements will be announced at a later date.