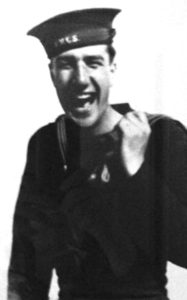 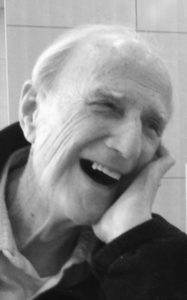 Born August 21, 1921, in Medicine Hat, Alberta, to Ruth and Duncan Campbell. The youngest of four boys (Neil, Lockman and Duncan), Gordon learned to play the piano early, achieving a performance diploma from the Toronto Conservatory of Music. Money was scarce for the Campbell family so Ruth bartered for Gordon’s piano lessons with home-canned goods, most often pickles.

Gordon had a taste for debate that was legendary and the more controversial the topic the greater his enthusiasm. Gordon’s life as an educator and administrator took root when he became Vice-Principal of the Iron Springs School and Principal of Monarch School in Alberta from 1939 – 1940.

Gordon was a World War II Navy Veteran, serving in the Atlantic Fleet from 1943-45. His active service left him with lasting difficult memories. After the war, Gordon became the First National Executive Secretary of the World University Service of Canada (“WUSC”) in Toronto. Gordon received an MA from the University of Toronto in 1951. He continued graduate studies at Harvard University where as a bell ringer, nimbly manipulating an intricate series of ropes, pulleys, and pedals he sent a string of chimes through the Cambridge, MA, air. His musical gift enabled him to play some of the great pipe organs of Europe, as a “drop-in”, to the amazement of many church and cathedral curators. Gordon had a catalogue of 10,000 songs in his head that he could play without written music, at will, in any key.

Meeting at a Toronto conference in 1957, Gordon fell for and smartly married Sylvia Anne Woeller, of Kitchener, Ontario. They settled in Regina with baby Douglas where Gordon was the Director of Adult Education for the Province of Saskatchewan. In 1962, Gordon was appointed Director of Extension, University of Waterloo. In 1964, he and Sylvia moved to Trail, BC, where he became the Founding President of Selkirk Community College in Castlegar (now Selkirk University). Darroch, Lachlan and Janet joined the family in 1965, 1966 and 1968. The family moved to Lethbridge where Gordon joined the newly established University as Founding Faculty and associate professor of Education. He obtained a PhD from the University of Calgary in 1971.

In Lethbridge, Gordon and Sylvia were active leaders in their new community. In 1968, Gordon began the Southern Alberta Council of Public Affairs in Lethbridge. Its mandate was to explore issues of community concern and controversy, and to Gordon’s delight was varyingly characterized as conservative, communist and socialist, depending on the style of the last speaker. Always a Scotsman, Gordon felt it was important for those attending to obtain the equivalent of a university seminar with a sandwich, pastry, and beverage, at below cost.

Gordon taught his children a reverence for the natural world from countless adventures hiking, camping, swimming, beach combing, clamming and star gazing, especially on Hornby Island and in the Lethbridge coulees. These experiences endure as the happiest of family memories. Gordon and Sylvia were indulgent parents in only one way, the number and species of pets allowed in the household. Visitors might find dogs, cats, turtles, pigeons, chickens, piranhas, guinea pigs, rabbits, hamsters and goldfish all coexisting in our lively Lethbridge household.

In 2015, Gordon and Sylvia moved closer to family in Vancouver where he continued to play the piano giving delight to all. He tapped into his vast song catalogue up until his last days. On May 1, 2017, succumbing to health challenges associated with old age, Gordon died in his sleep after being surrounded by family, friends and song.

Never a dull moment followed Gordon who leaves a gaping hole in the lives of his wife Sylvia; children Douglas, Darroch, Lachlan and Janet; son-in-law Richard and daughter-in-law Nina, and grandchildren Aria, Lucius, Ava and Julian, along with many nieces and nephews.

A concurrent memorial service for Gordon will be held May 20 at Kerrisdale Presbyterian Church Vancouver, BC, at 11:00 am PST with a simulcast at McKillop United Church in Lethbridge, AB, at 12:00 noon CMT.

In lieu of flowers, if you are so moved, please donate to a social justice cause focusing on human rights and equality for all persons under the sun.