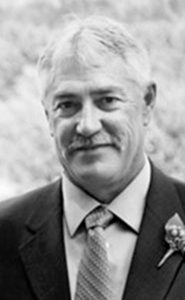 It is with great sadness the family of Terry Granberg announces his passing on May 22, 2017, at the age of 59 years, after a courageous battle with cancer. Terry was born June 21, 1957 in Lethbridge, Alberta and raised in Foremost. Terry moved to Lethbridge and married his high school sweetheart and love of his life, Debbie. Terry went peacefully surrounded and comforted by family in the early hours of the morning. He is survived by his loving wife Debbie, sons; Jordan (Lauren), Tanner (Celia), and granddaughter Isla. He is also survived by his father Wally, brother Rod (Roxanne and family), sister Darla (Don Hardy and family). Terry was predeceased by his mother, Gerry. A Celebration of Terry’s Life will be held at 12:00pm on Saturday, May 27, 2017 at the FOREMOST COMMUNITY HALL, 802 1 Ave. W., Foremost, AB. Flowers are gratefully declined, those who wish to make a donation may do so to the charity of their choice.