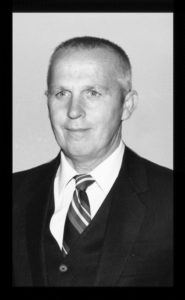 It is with great sadness and heavy hearts that we announce the passing of Lino Ficur on Friday, May 26th, 2017 with his wife and family by his side at the Chinook Regional Hospital, at the age of 83.

Lino was born in Isola D’Istria, Italy on July 19th, 1933. He immigrated to Canada in March of 1957. He is predeceased by his father, Francisci and his mother Mariae, brother Riccardo, brother-in-law Palmerino Iafrancesco, sister-in-law Antonietta Kern and nephew, Rob Kern.

He is survived by the love of his life and wife of 55 years, Angelina, his sister Iolanda Ficiur and two nieces Esperanza and Cinzia Ficiur in Italy, his sister-in-law and brother-in-law, Annina and Guiseppe Antonelli of Calgary, brother-in-law Joseph Kern of Lethbridge, nieces Lina, Marilena, Juliana and Dora – along with nephews Dave and Mike – and many friends he made throughout his life in Italy and here in Canada.

When Lino arrived in Canada, he began working in the sugar beet fields in Raymond and worked hard at several other jobs before working at the House of Lethbridge Brewery (Sick’s), and it was there that he truly enjoyed working for 15 years before retiring.

He will be sadly missed but fondly remembered for his strong work ethic, his ability to manufacture almost anything and his attention to detail! He was a generous man who shared many words of wisdom. He loved to tell stories and jokes – had a quick wit and a hearty laugh!

Following the Funeral Mass, Lino will be laid to rest in Mountain View Cemetery.