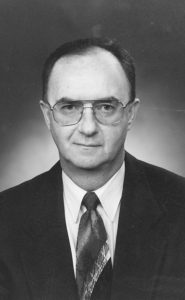 It is with a very saddened and heavy heart that we announce the passing of GEORGE HENRY HERASEMLUK beloved husband of Judy, of Lethbridge, AB., George passed away peacefully with his loving wife by his side after a lengthy battle with cancer at St. Michael’s Palliative Care Unit, on Sunday, May 28, 2017, at the age of 69 years.

Besides his wife Judy, George is survived by his two brothers: Jerry (Kim) Herasemluk and Harry (Calani) Herasemluk, his mother Dusi Herasemluk as well as many aunts, nephews and cousins. George was predeceased by his father Henry Herasemluk, and uncles Terry McIntosh and John Shaskin. George was born in Wels, Austria on September 5, 1947. His family immigrated to Canada in 1950. George’s family worked in and around the farming community in Southern Alberta, before finally settling in Lethbridge. George attended schools in Lethbridge and after completing high school in 1969, he went on to work for Saskatchewan Power Corporation in Saskatoon, SK. After a few years there, he moved back to Lethbridge and began his career with Canadian Western Natural Gas Co. Ltd. During his 37 years of service George held various positions in the company. CWNG later became ATCO Gas and George retired in 2005 as a Supervisor of Operations in Lethbridge and district. He also started a landscaping business back in 1998 which he named George’s Bobcat Service Ltd., and that he continued to operate to this day. In 2002, George met the love of this life, Judy, and they married shortly after in 2003. Together, they lived on their acreage west of Coalhurst.

George was renowned for his love of gardening and he was known to be starting his tomato plants early every spring, which he loved to share with his family, friends, and neighbors. He loved to compete with other tomato growers to see who could grow the biggest, best tasting and most tomatoes.

He also loved to go fishing with his buddies Vito and Mike and was very competitive to see who could catch the first, the biggest and the most fish whenever they went out.

George was the go-to man in the neighborhood whenever anybody needed help with a project they were working on. He was also the first person in the community to offer a helping hand to anyone needing assistance. George will be greatly missed by his family and the members of his community. His absence will leave a huge gap and he will be dearly missed by all those who knew him and loved him.

In memory of George and his battle, in lieu of flowers, donations may be made to:

The University of Calgary Fund Development Office at:

Please specify on the cheque or on a cover letter that he would like the cheque to be directed to Oliver Bathes’ Oncology Research Fund.

The donation will be tax deductible.