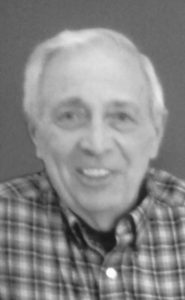 WAYNE R. GADD, passed away peacefully with family by his side at the Palliative Care Unit, St. Michael’s, Lethbridge.

Wayne was born in Whitecourt, AB, & grew up in Cranbrook, BC. Wayne was a member of the RCMP for 36+ years & served in several provinces across Canada.

A special thank you to all who took care of him during his final journey.