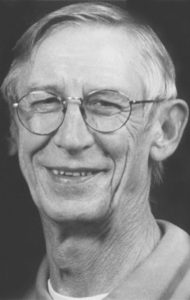 Patrick “Pat” Lloyd Drader passed away peacefully at St. Michaels Palliative Care on Tuesday, June 20, 2017 with his beloved wife and sweetheart Betty Hanson by his side, at the age of 72 years.

Born on June 8, 1945 in Raymond, Alberta and raised in Coutts along with his thirteen brothers and sisters. Later, he married Donella Glynn and had five children. Pat was employed by Swifts (Canada Packers) for a number of years and was later employed and retired from Shaw Cable. He was a sports enthusiast and thoroughly enjoyed golf, fishing and softball. Pat’s other passions included woodworking, painting and carpentry. Pat loved spending time with his family and telling his grandchildren “tall tales” of his great life adventures. Pat and Betty loved to retreat to the Drader family farm where they enjoyed the beautiful scenery and treasured their time together.

Besides his loving wife Betty, he is survived by his children; Bobbi (Kerry) Cherpin and their children Courtlynd and Syndee; Jackie (David) Jones and their children Avery and Jaxon; Carson and Tadashi Tomiyama; Jason (Jennifer) Drader and their daughter McKenna; Christie Drader and her children Cody and Jaiden Ives, and Kimberly (James) Dawson. He is also survived by his brother Michael Drader; sisters Christine Thompson, Ruther Parsons and Mary Chambers, along with many nieces and nephews.

Pat was predeceased by his parents Jack and Blanche Drader, four brothers and four sisters.

One Condolence for “DRADER, Patrick”