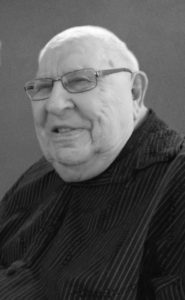 STEVE GRUNINGER, beloved husband of the late Eva (nee Powell) Gruninger of Magrath, passed away at the Good Samaritan Society Garden Vista, on Sunday, July 2, 2017 at the age of 91 years.

Steve worked for J.A. Ririe until 1979 then worked for the M.D. of Cardston until his retirement.

A Graveside Service will be held at the MAGRATH CEMETERY – on Monday, July 24th, 2017 at 4:00 P.M. with Woody Gruninger officiating.

One Condolence for “GRUNINGER, Steve”