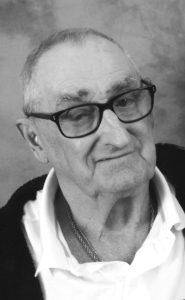 WILLIAM ROSS BEAUDOIN, beloved husband of Cheryl Beaudoin of the county of warner, passed away at the Chinook Regional Hospital on Wednesday, July 12, 2017 at the age of 78 years.

Ross was predeceased by Muriel Beaudoin, Todd Fowler, and an infant brother and sister.

Ross would have celebrated 50 years of marriage on July 22. He will be remembered for his hard work ethic and love of family and friends. We often laugh about his redneck ways – a good piece of binder twine and some duct tape will fix anything. Ross spent his last few years totally blind but he continued to enjoy his grandchildren and family and friends, as well as the Lethbridge Hurricanes, travelling and his talking books. Ross enjoyed many trips in Canada and the U.S.A. with close friends and family.

In lieu of flowers and in memory of Ross, donations may be made to the CNIB – #100, 410 Stafford Drive South, Lethbridge, AB T1J 2L2 or via their website at www.cnib.ca.