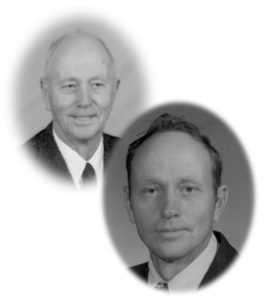 LORENZO SNOW ‘LORE’ DAVIES JR., passed away peacefully on Monday, July 17, 2017 at the age of 87 in Raymond, Alberta. Lorenzo was born October 1, 1929 in Cardston, Alberta to Lorenzo and Phyllis Fisher Davies. He’s survived by his wife; Barbara Harker Davies, his six children; Barbara (Steve) ZoBell, Lorianne (Chuck) Blommaert, Dana (Scott) Miles, Callee (Dave) Chalmers, Sheri (Daryn) Watson and James (Carla) Davies, 25 grandchildren, 40 great grandchildren, 3 brothers; Tom, Frank and Lloyd, and 3 sisters; Anne, Sarah and Ellen. He was predeceased by his parents, his brother and sister-in-law; Dan and Alma Davies, and his brother-in-law; Ted Anderson. Lorenzo was an athlete, a teacher, a farmer, a husband, a father and a faithful member of The Church of Jesus Christ of Latter-day Saints. He is best described by his family as being a supporter, for he loved his family dearly. Friends may meet with the family at The Church of Jesus Christ of Latter-day Saints, Magrath Garden Place Chapel, on Thursday, July 20, 2017 from 7:00 to 8:00 p.m. or at the church prior to the service from 9:45 to 10:45 a.m. The Funeral Service will be held on Friday, July 21, 2017 at the same church at 11:00 a.m. Interment to follow in the Magrath Pioneer Cemetery.

One Condolence for “DAVIES, Lorenzo”