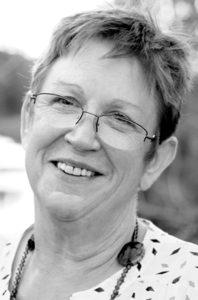 Dorothy Marie Stanley, 70, of Edmonton Alberta, died on July 7, 2017 in Calgary Alberta following an aggressive battle with Alzheimer’s Disease. Dorothy was born in Wenatchee, Washington, to Bruce and Jessie Stanley. She graduated from Wenatchee High School and later Central Washington University with Bachelor of Education. Following graduation, she moved to Canada where she worked as a teacher and teacher-librarian, inspiring youth for 21 years at Rocky Mountain House West Central High School. She joined the Alberta Teachers Association Staff in 1992 until retirement in 2009. During this time, she continued teaching and inspiring through professional development workshops and teacher welfare. Dorothy was particularly grateful for the opportunity to encourage undergraduate teachers from the University of Alberta. She was actively involved with Edmonton Mayfield Rotary club where she received a Paul Harris Fellowship. Dorothy loved her family and close friends with abundance and generosity. She will be profoundly missed by her family as they hold her memory amid deep grief and immeasurable affection. Tom and Eva wish to thank all family members and close friends who visited, provided care, loved and encouraged Dorothy through her Alzheimer’s Disease. Dorothy is survived by her brother and sister-in-law, Thomas and Eva; nephews, Brent and his daughter Morgan; Mitchell and his children, Grayden and Sierra; Michael and his children, Hailey and Berlynn; her niece Elizabeth (Dom) and their children Ben and Jackson; and her very best friend Darlene (Jim) Spargo. Dorothy was preceded in death by her parents, Bruce and Jessie; and her brother Robert. Honorary Pallbearers are close friends and colleagues: Julius Buski, Brenda Haubrich, Catherine Moir, Noreen O’Haire, Jim Spargo, and all her great-nieces and great-nephews. The family of Dorothy Stanley wishes to extend their sincere gratitude to the staff at Millrise Place, second floor long term care, for their attention to her needs during this challenging time in her life. Funeral Services will be held at McINNIS & HOLLOWAY (Crowfoot, 82 Crowfoot Circle N.W.), on Monday, July 31, 2017 at 11:00 a.m. with officiant Reverend Marion Martin serving the United Church of Canada. Reception to follow at the funeral home. Condolences may be forwarded through www.mcinnisandholloway.com. If friends so desire, memorial tributes in Dorothy’s memory may be made directly to Rocky Mountain House, West Central High School library 5506, 50th Street, Rocky Mountain House, AB T4T 1W7 (403) 845-7475, or to The Alzheimer Society of Calgary, 800, 7015 MacLeod Trail S.W., Calgary, AB T2H 2K6, Telephone: (403) 290-0110, www.alzheimercalgary.com. In living memory of Dorothy Stanley, a tree will be planted at Fish Creek Provincial Park by McINNIS & HOLLOWAY FUNERAL HOMES, Fish Creek, 14441 Bannister Road S.E., Calgary, AB Telephone: 1-800-661-1599.