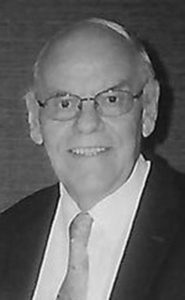 Tom was born on May 22, 1943, in Lethbridge, Alberta, to Gordon Clifford McNabb and Mable Elizabeth (Hicks) McNabb. He was their only child. Tom married his wife, Peggy Eva (Reeder) McNabb, on July 16, 1966. Together, they had four children.

Naturally gifted with numbers and operations, Tom used those talents to build a strong and rewarding career. He began his career as a well-respected manager for the Bank of Nova Scotia in Calgary. In an effort to return to Lethbridge, he resigned from that job and accepted a position with the federal government as a financial development officer with the Department of Indian Affairs. Interests, life circumstances, and ambition eventually led Tom and his wife to build and operate several local businesses, including The Fabric Patch and The Financial Compass Group.

Tom was a 3rd degree Mason and an active member of Shriners International in his earlier years. In 1991, he joined the Church of Jesus Christ of Latter Day Saints. He and his wife served an eighteen-month mission for the church in Toronto, Ontario, from 2010-2012. In his spare time, he enjoyed reading, collecting coins and antiques, and going out for burgers.

A private service will be held at the Mountain View Cemetery in Lethbridge, Alberta, where Tom will be laid to rest next to his wife and son.

One Condolence for “McNabb, Thomas”