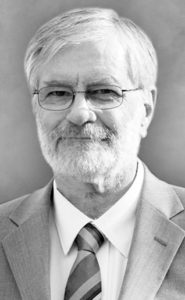 Scott Hinman, beloved husband of Kathryn Hinman of Calgary, passed away on Monday, August 28, 2017 at the age of 66 years. Scott was a Professor of Chemistry at the University of Calgary from 1983-2016, and had also been a licensed motor mechanic from 1971-1975. He loved playing and collecting acoustic and electric guitars, rebuilding tube amplifiers, riding and collecting motorcycles, woodworking, walking the paths of Calgary, wildflowers, and cooking. Scott obtained his B.Sc. in 1980 from the University of Lethbridge and his Ph.D. in Analytical Chemistry in 1983 from the University of Alberta. Scott is survived by his wife Kathryn Hinman; daughters, Pamela Hinman (Garrett Knecht) of Toronto, and Patricia (Derek) Groves of Medicine Hat; son Schuyler Hinman (Landis Golding) of Calgary; brother Philip (Diana) Hinman of Lowbanks, ON; sisters, Narda (Stephen) Dudley of Salt Lake City, UT, and Lori (Larry) Leavitt of Lethbridge, AB; brother-in-law Mark Nelson of Lethbridge, AB; and numerous nephews and nieces. Memorial Services will be held at McINNIS & HOLLOWAY (Crowfoot, 82 Crowfoot Circle N.W.) on Saturday, September 2, 2017 at 2:30 p.m. Reception to follow at the funeral home. Condolences may be forwarded through www.mcinnisandholloway.com. In lieu of flowers, memorial tributes in Scott’s honour may be made directly to Bladder Cancer Canada, https://bladdercancercanada.akaraisin.com/bccwalk2017/hinman. The family would like to thank all of the wonderful medical professionals at Unit 47 of the Tom Baker Cancer Centre, and in particular, Dr. Ted Braun, Dr. Emily Love, Dr. Nimira Alimohamed, and a very special RN, Lily. In living memory of Scott Hinman, a tree will be planted at Fish Creek Provincial Park by McINNIS & HOLLOWAY FUNERAL HOMES, Crowfoot, 82 CROWFOOT CIRCLE N.W. CALGARY, AB T3G 2T3 Telephone: 1-800-661-1599.

One Condolence for “HINMAN, Scott”