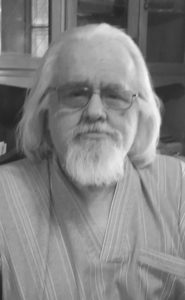 RONNIE JAMES SLOVAK, of Taber, passed away suddenly at home on Sunday, September 10, 2017 at the age of 56 years.

He was predeceased by his mother Mary Slovak, grandparents George and Agnes Slovak and Sam and Danica Radisic.

Ronnie was born on June 20, 1961 in Calgary and was raised on the family farm in Wrentham. He began his schooling in Wrentham before moving on to High School at St. Mary’s in Taber. Ronnie’s passion was educating and mentoring young people on drug and alcohol addiction at many schools in southern Alberta. He also worked at the South Country Treatment Centre in Lethbridge for numerous years. Later, he purchased the small convenience store in Wrentham that was owned by the Grover family, which became Ron’s General Store and Post Office in the early 90s. Ronnie loved to socialize with his customers and friends over a cup of coffee. He was a fun loving guy who always had a joke and a good story to share. Ronnie’s love of antique cars and his dogs was well known to everyone. He will be dearly missed by his family, many friends and especially his nephew Chris.

A Funeral Mass will be celebrated at OUR LADY OF THE ASSUMPTION CATHOLIC CHURCH – 2405 12 Avenue South, Lethbridge, AB on Friday, September 15, 2017 at 10:00 A.M. with Father Kevin Tumback, Celebrant.