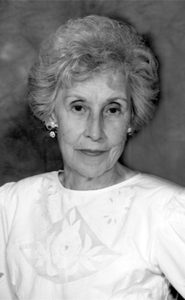 Our mom, Agnes Colleen Davidson, passed away at her home, which is where she wanted to be, on September 16, 2017. We are grateful that she was separated from her first love, our father, Leo Lamar Davidson, for only a few months as he preceded her on June 28, 2017. Our sadness for her passing is more than made up for by their joyful and loving reunion along with many other family and friends. Agnes and Leo are survived by their five children: Julie Fairbanks (Brent) of Calgary, Alberta; Doug Davidson (Nellie) of Ashburn, Virginia; Jim Davidson (Marie) of Bellevue, Washington; Colleen Low of Arlington, Texas; and Mark Davidson (Karen) of Edmonton, Alberta. Agnes was born in Cardston on September 8, 1926 to Hugh Russel Sloan and Rhoda Leota Hinman. She was the eighth of twelve children. She has two surviving brothers: Hugh Sloan of Springville, Utah, and Butch (Wallace) Sloan of Cardston, Alberta. Growing up she and her siblings loved to ride horses and swim in the river at the bottom of the hill from their home. Her father and many brothers were very involved in boxing and inevitably she would go a few rounds with them, always holding her own. Her youth was highlighted by the opportunity to play with the Shooting Stars, a very successfull girls basketball team, which went to the Canadian Nationals, ultimately losing in the semi-finals to the eventual winners. In and around Cardston she met, courted and eventually married Leo. They lived in Cardston where Dad ran a hardware store and she worked in a bank. They would move to Edmonton for a new job, but eventually a transfer returned them to Lethbridge where they remained. In Lethbridge Agnes worked along side Leo selling real estate for several years; her success was surpassed by her honesty. In 1972 they moved from the city to a small acreage where stood the old Perry home, which had been abandoned. They worked hard restoring the home and making it a cherished refuge for family and friends, and it remains so today. Agnes loved her family, friends, and strangers; she was most happy serving and taking care of them in ways that were uniquely her. There was nothing that made her happier than to sit around the table and visit after enjoying a delicious meal she always made. She was an exceptional home-maker, it seemed there was nothing she could not make, mend, clean or clean again. Agnes had many opportunities to serve both in the church and in the community. Guided by a strong, clear internal sense of right and wrong – she was Irish – she served with great energy, conviction and love. Together their formal church service was highlighted by missions served in Durban/Reunion, South Africa, and Madagascar. Her love for, and faith in our Heavenly Father’s Plan of Happiness, and the atonement of Jesus Christ were sufficient to sustain her through this life and, we trust, carry her on to a joyous reunion with our Dad. The funeral service will be held Saturday, September 23 at 2:00 pm at the Fairmont Ward Chapel, 205 Fairmont Boulevard South, Lethbridge, Alberta. Prior to the service there will be a family greeting from 1:00 – 1:45 pm. Internment will take place at the Mountain View cemetery with a family dinner to follow.