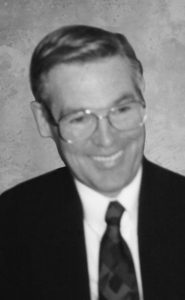 H. GRANT HOLDEN, of Barons, beloved husband of Shelley Holden, passed away at the St. Michael’s Health Centre – Palliative Care Unit on Friday, September 15th, 2017 at the age of 75 years.

In memory of Grant, donations may be made to a charity of your choice.