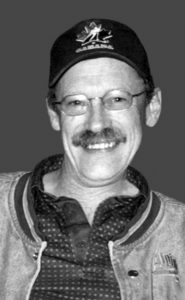 Mr. John Peter Doeve passed away with his best friend and loving wife, Brenda, by his side on Tuesday, September 19, 2017 at the age of 56 years. Besides his loving wife, John is survived by his mother, Trientje (Tina) Doeve; sons, Kyle (Jenn), Curtis (Victoria); granddaughters, Drea and Mia; stepdaughters, Christina (Justin) and their children, Christopher, Kayden, Lyric and Harmony; Terra (Dave) and their children, Kaitlyn, Brody and Connor; Mandy (Kyle) and their children, Keiran and Rainbow; Nikki (Adam); brothers and sisters, Henry (Caroline), Geoff (Karla), Grace (Les), Janet (Les) and Marion (Bill); father-in-law, Gordon Edgerton; sister-in-law, Sandi (Greg) Lewis; brothers-in-law, Len (Pat) Zebedee and Ed (Kitty) Zebedee. John will be missed by his fur baby Sydney (his dog); as well as numerous nieces as nephews and also by his aunt, uncle and cousins in Holland. He is predeceased by his father, Willem Doeve, on December 1, 2014. A Funeral Service will be held at 1:00PM on Saturday, September 23, 2017 at the GRACE REFORMED CHURCH (formerly known as the First Christian Reformed Church), 1402 – 8th Avenue North, Lethbridge, AB with Reverend Wybren Oord officiating. A private family burial will be held at Royal View Cemetery. In lieu of flowers, donations may be made to the Jack Ady Cancer Centre, 1A129, 960- 19th Street South, Lethbridge, AB, T1J 1W5. Special thanks to Dr. Dione Walsh and the caring staff at the Palliative Care Unit at St. Michael’s as well as the wonderful, caring nurses at the Jack Ady Cancer Centre and John’s homecare nurses.