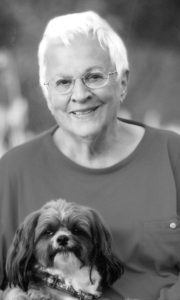 Mom always said, “Don’t tell people I passed away, tell them I died.” OK then Mom, here it is: Bea Hales died September 29, 2017, at age 97. Mom did not say, however, that we had to limit what we tell people to only the fact that she died. There’s other stuff that might be said. She was married to Ivan Hales from February 14, 1945 until his death in 1986. Yup, married on Valentine’s Day. Together they raised three kids who turned out not bad (no known warrants) – Wendy (Charles) Jorgenson, Randy (Cidnee) Hales and Gregory (Patricia) Hales. Randy died in 2014. Bea’s three grandchildren are Wendy’s son Chad and Randy’s daughter Lisa and his son Jeremy. Her great grandchildren are Lisa’s two boys Jason and Jesse and Jeremy’s daughter Danica. In her long career Bea was a teacher of children first and subjects second. She was an athlete, an artist, a wife, a mother, an advocate, a reader, a walker, a proud Canadian. However, there was obviously more to her life than what is written above. If you knew Bea and wish to remind yourself of some things or if you didn’t know her and just want to catch a biased glimpse of who she was, please go to mbfunerals.com for a longer obituary. While Bea was a very outgoing and social person she requested that there be no funeral, but in her memory please take a walk in Indian Battle Park, feed the birds, donate to the Food Bank, and hug those you love. Cremation entrusted to Martin Brothers Funeral Chapels.

One Condolence for “HALES, Bea”