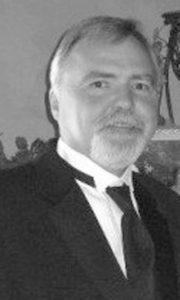 RONALD ROGER LEFEBVRE, beloved husband of Diane Lefebvre, passed away at the St. Michael’s Palliative Care on Sunday, July 9, 2017 at the age of 67 years, after a very long and very courageous battle with cancer. Ron was predeceased by his father Stanislas, his mother Lilianne and brother Serge. He is survived by his wife Diane, his sons Stephen (Johane) of Calgary, Andrew (Michele) of High Prairie, daughter Caroline of Montreal, and stepsons Tyler and Jesse Lambert of Lethbridge: grandchildren: Richard (Crystal), Kristopher (Cole), Emelie, Dominique, Jade, his brothers Rene (Connie), Yves, sister Andre Sevigny and his special friend Dominique (Jaime) Dumont as well as nieces and nephews. Ron was a gypsy at heart for many years, travelling all across Canada for both pleasure and work. He had various jobs over the years, mine worker, fishing guide near the Arctic Circle. His final and most rewarding career was as Journeyman RV Technician. This had him working during the summer here in Alberta and vacationing in the US until he met the love of his life Diane. Then he settled down in Lethbridge to help Diane raise her two sons. He worked at Field of RV Dreams till his retirement in 2009 when he was diagnosed with cancer. Special thanks to the St. Michael’s Palliative Care nurses for the wonderful care and attention to Ron and the family in his short stay on the unit. Special thanks and appreciation to Drs. Brenda Ireland and Elvira Smuts for the expertise and gentle care all these years during Ron’s long illness. Celebration of Life will take place on Saturday, October 14, 2017 at WESTMINSTER COMMUNITY HALL, 411 – 16 Street North Lethbridge, AB from 2:00pm – 4:00pm. In lieu of flowers, please donate to St. Michael’s Health Center at https://www.covenanthealth.ca/donate and click “in memory of Ron Lefebvre”.