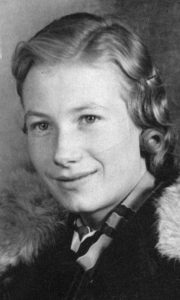 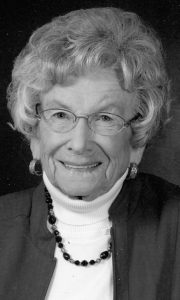 Mrs. Helsby Aneca of Raymond, beloved wife of the late Marcel (Marshall) Aneca passed away on Sunday October 8th, 2017 at the age of 95, surrounded by her large and loving family.

Helsby was the helpmate of Marshall as they began and grew their Road Construction Company, Aneca Construction, and later as they expanded into Transportation with AC Transport. In addition, she worked in the retail trade in both Raymond and Lethbridge and cherished the friendships she developed.

Helsby was involved with the Raymond Hospital Auxiliary for many years and recently received her thirty-year anniversary pin. She was a life long quilter and every new grandchild and Great grandchild was the recipient of a hand-stitched quilt. In addition to quilting, in later years she spent hundreds of hours knitting squares to be made into quilts for the homeless.