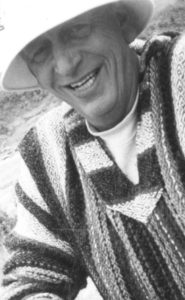 GARY HAMILTON passed away at his home in Lethbridge on Tuesday, October 17, 2017, at the age of 70 years.

Gary was predeceased by his father, Alvin Rex Hamilton and by his mother, Corinne Hamilton.

Gary and Anita were married on January 20th, 1988. He loved his fishing and camping. He always had a book in his hands as he loved to read. He was like an old farmer; a gift of gab when you met up with him. When he retired you could always find him in his shop tinkering around with his carpentry, listening to hard rock music and having a beverage. He always said, “Life is good, isn’t it”.

Gary was a production Foreman at Triple M Housing for more than 20 years. He was a compassionate, thoughtful and honorable man who loved his animal companions. He was well loved for his humor, respect and generous spirit. He truly was a character-and-a-half.

Gary will be honored at a private service.

I love you honey. Anita.