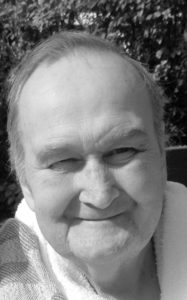 it is with deep sadness that we announce the passing of our husband , father, Dido, brother, uncle and dear friend Wally October 17, 2017 in Edmonton, AB

He will remain in the hearts and memories of those he leaves behind: his wife and best friend of 45 years Mary, son Brian, daughter Triva, four grandsons Ravi, Alexander, Roman and Austin; his brothers Gary, Raymond, Rick, Robert, Eugene, Blaine and Philip and sisters Bernice Stanyar, Connie Hildebrandt and Marjorie Krizsan and their families; brother in laws Joe and Alex Semak, and many nieces and nephews.

He was predeceased by his parents Verne and Frances Parkins and his brother Ron.

Wally was blessed with an extended and good quality of life despite having heart disease for nearly three decades thanks to his strong will and advancements in medicine. His family was his treasure. He will be truly missed and forever loved.

The family wishes to express their gratitude to the medical staff of the CK Hui Heart Centre at the Royal Alexandra Hospital.

As an expression of sympathy, those who wish to do so may send memorial donations in memory of Wally to the Heart and Stroke Foundation or the Royal Alexandra Hospital Foundation.

In respecting Wally’s wishes, he was cremated, and there will be no formal service. A Remembrance Celebration will be held at a later date.

– Let me make this easier than saying goodbye: Let me tell you hello in advance for the next time I get to see you.

One Condolence for “PARKINS, Wallace”