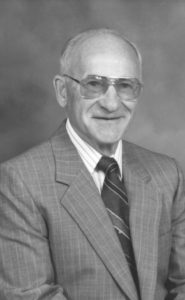 The Charles Ziefflie family came to Lethbridge in 1954 where Charlie worked construction until he studied and acquired the Refrigeration Engineer at Trans Canada Freezers (now known as Versa Cold), he remained working for the company for 35 years and retired as the Chief Refrigeration Engineer.

Charlies hobbies included all season fishing and bird hunting, these two were among his favorites.

A Funeral Service will be held at 1:00pm on Monday, November 6, 2017 at MARTIN BROTHERS RIVERVIEW CHAPEL, 610-4 Street South, Lethbridge, AB., with Pastor Robert Mohns of Immanuel Lutheran Church delivering the service. Interment will follow in the Mountain View Cemetery.

One Condolence for “ZIEFFLIE, Charles”