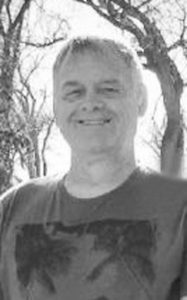 Mr. Albert Richard “Rick” Lavoie of Lethbridge, beloved husband of the late Mrs. Caroline Lavoie, passed away after a lengthy battle with cancer, at the Chinook Regional Hospital on Monday, November 13, 2017 at the age of 58 years.

Rick was born on April 19, 1959 in Sault Ste. Marie, Ontario. He grew up in Kirkland Lake, Ontario and in Powell River, BC. Rick worked as a drywall contractor in Lethbridge for over 15 years. He was an avid Oilers fan and he loved camping, fishing, playing pool and darts. His greatest love was spending time with his family and friends.

At Rick’s request, there will be a Private Celebration of Life for family and friends.

Flowers are gratefully declined. For those who wish, memorial donations may be made to The Dialysis Unit at the Chinook Regional Hospital, c/o CRH Foundation, 960 – 19th Street South, Lethbridge, Alberta, T1J 1W5