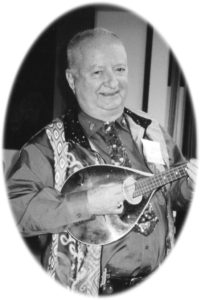 It is with sadness that we announce the passing of BILL OLEKSY at the Chinook Regional Hospital on Friday, December 1, 2017 at the age of 91 years.

Left to mourn is Jennie, his wife of 63 years (to whom he was a fantastic loving partner); son Brent (Jamie), grandchildren Rick, Jody (Craig) and great-grandchildren Tesla, Nolan, Calder; daughter, Brenda (Bob) and grandson Chase; and youngest son, Barton (Cris) and granddaughter Katya. He is also survived by his sister Sylvia (Richard).

He was predeceased by his mother, father, three brothers and three sisters as well as his father-in-law and mother-in-law, with whom he was very close. Bill was born in Strong Pine, Saskatchewan, on October 3, 1926. He attended a small, one-room country school until grade nine and, when his family moved to BC, finished his schooling in Langley. He then made his way to Winnipeg to enroll in Teachers College. After graduation, he taught in many rural schools before settling in Swan River, Manitoba in 1953 to teach grades five through seven. He met Jennie, a fellow teacher, married her in 1956, and had three wonderful children.

For a change of pace, he moved his family to Lethbridge in 1967 where he managed the Super Sonic Car Wash for a year. He then returned to his first love – teaching. He taught in many schools, but his favorite time was as principal of the Dorothy Gooder School for eight years. At the same time as teaching and raising his children, he attended night school at the University of Lethbridge and obtained his B.A. He is fondly remembered as the teacher who loved to organize field trips and get his students to have more fun in and out of the classroom. Bill retired from teaching in 1987, but kept busy doing a number of things, including driving for Handi-Bus and working with AMA to teach driving to high school students. One of his favorite sayings was that, if he had to do it all over again, he’d have more fun!

Bill was famous for his wild selection of ties, suit jackets and mismatched socks. His collection of clothes was featured on CBC and was on display at the Galt Museum in Lethbridge.

Bill was also well known around town at Christmas, where he would stroll through different businesses playing Christmas carols on his mandolin. His mandolin playing was also enjoyed by many family members when he and Jennie would call to play and sing happy birthday.

The family would like to give a special thank you to nurses Kara, Katie, Doctors Plotnyk and Winder and all of the amazing staff on the 4th floor of the CRH.

A Celebration of Bill’s Life will be held in the spring of 2018. Details will be announced at a later date.