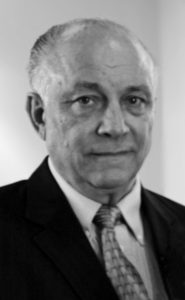 CARL GENE WOJTOWICZ, of Lethbridge, beloved husband of the late Colleen Wojtowicz, passed away peacefully and surrounded by his family at the Chinook Regional Hospital on Wednesday, December 6, 2017 at the age of 78 years.

Carl will be lovingly remembered by his daughter Sheila and her husband Dana Hudson, two granddaughters Mackenzie Hudson and Brittany (DJ) Bent, and two great-granddaughters Natalie and Quinn Bent. Carl is also survived by his sister Helen (George) Dolbak, his brothers Tony (Tina – deceased) and John (Charlotte), his sister-in-law Martha, as well as many nieces and nephews.

He was predeceased by his loving wife Colleen in 2015, his parents Walter and Maria, his brothers and sisters-in-law Joe (Evelyn), Stanley (Dorothy), Eugene (Connie), Adam, Ed and Frank, as well as his father and mother-in-law Elwood and Daisy Nevil.

Carl was born in Diamond City on November 29, 1939 and was the youngest of ten children. His family moved to Lethbridge when he was six years old. He received his education at St. Basils and he was part of the first graduating class of St. Francis Boys High School in 1959. He was proud to join the Canadian Air Force and earn his “wings.” After two years in the Air Force, he met and married Colleen Nevil, and they were married 53 years. They raised their daughter Sheila and they were very active in her life, as well as in the lives of their granddaughters. His great- granddaughters Natalie and Quinn were his greatest treasures.