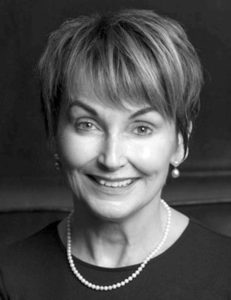 It is with deep sadness but with gratitude for a life well lived that the family of Lottie Austin of Lethbridge, AB, announces her death on Monday, December 11th, 2017. Lottie passed peacefully at the age of 60 at the Chinook Regional Hospital after a long battle with primary systemic amyloidosis. Born in Baddeck, NS, and raised in Amherst, NS, Lottie was the daughter of the late Henry and Katherine Austin (MacVicar) of Amherst, NS. Lottie was first and foremost a loving wife, mother, daughter, sister and friend. She was a devoted mother; her children were always her top priority. Lottie’s light, energy, determination and positivity were her defining features. She was an inspiration to many and maintained a positive outlook despite many health challenges. Lottie loved music and this passion featured prominently in all aspects of her life. Lottie held a Bachelor of Music degree from Mount Allison University, a Bachelor of Education degree from the University of Lethbridge and a Master of Music degree from the University of Maine at Orono, and was a Rotary Ambassadorial Scholar in London, UK. She was an accomplished pianist and musician. Lottie performed in solo piano concerts and accompanied vocalists and choirs for over four decades. In 2014, Lottie was a competitor in the prestigious Honen’s ProAm piano competition. Lottie was a force of nature and a woman of many career paths. First, a professional musician and then a teacher and administrator with Lethbridge School District 51, and finally thriving in the insurance and planning industry as an Estate Planning Specialist at CIBC Wood Gundy and BMO Nesbitt Burns in Calgary, Alberta. She was the Southern Alberta nominee for the Edwin Parr award for outstanding first-year educator. She held various financial services designations including CFP, TEP and CLU. She was consistently recognized as a top performer throughout her tenure at CIBC Wood Gundy and BMO Nesbitt Burns. Lottie was deeply committed to her community and was an active contributor to the Lethbridge arts community for 35 years. She served through Rotary, the Community Foundation of Lethbridge, the University of Lethbridge Singers, the Lethbridge Symphony, the Lethbridge YWCA Harbour House, and as the co-chair of the Music in the Making campaign in support of the University of Lethbridge Conservatory of music housed in CASA. In 2001, she was honoured with the Lethbridge YWCA Woman of Distinction award. Alongside her beloved husband, George, she also received the 2012 University of Lethbridge Senate Volunteer award. Lottie and George were recognized jointly again with the Joan Waterfield Memorial Award in 2016 given by the Allied Arts Council of Lethbridge. Lottie was a true Maritimer by birth and at heart but she also loved Alberta’s Rocky Mountains and big Prairie skies. Lottie cherished East Coast folk music, oatcakes, Maritime brown bread, and biscuits with molasses; anything Cape Breton and the Atlantic ocean. Many summers were spent on the Cabot Trail and at the Pictou Lodge Beach Resort surrounded by family and friends. An avid lover of the finer things in life, Lottie celebrated everyone’s accomplishments large or small, with champagne served in NovaScotian Crystal. An incredible host, she often brought together many in the community to enjoy afternoon tea, dinners, and parties at her home in Lethbridge. She will be sadly missed by her husband of 37 years, Dr. George Evelyn, and her two children, Katherine Austin-Evelyn (Sivu Mzamo) and Jeremy Austin-Evelyn; two step-children, Jeff Evelyn and Jason Evelyn (Carrie Evelyn); and four grandchildren, Charlotte Evelyn, Margot Evelyn, Ethan Evelyn, and Gracen Evelyn. Lottie is survived by her devoted family of five siblings, Charles Austin (Linda), Elizabeth Austin (Dave), James Austin (Sally), Edith Austin-Anderson (Bill Anderson), and Eleanor Austin (John Dever). Lottie leaves behind nephews (Athen and Andrew), nieces (Alexandrea and Jennifer) plus a large and loving extended family in the Maritimes. A celebration of her incredible life will be held at the Southminster United Church, in Lethbridge, AB, Wednesday, December 20th at 2:00 pm on what would have been Lottie’s 61st birthday. The service will be followed by a reception in Southminster Hall. In lieu of flowers, donations in Lottie’s memory may be made to the Lethbridge YWCA Harbour House, a project dear to Lottie’s heart. The family expresses sincere gratitude to Lottie’s large team of doctors, specifically Dr. Morley Wong and Dr. Ernest Janzen (Lethbridge) and Dr. Victor Jimenez-Zepeda (Calgary). A sincere thank you also to the ICU staff at the Chinook Regional Hospital (Lethbridge) and the nursing teams at the Tom Baker Cancer Centre and Sheldon Chumir Renal Clinic in Calgary, and also the Jack Ady Cancer Centre and the Southern Alberta Renal Clinic in Lethbridge, AB.