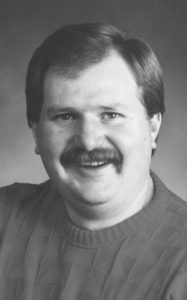 Mr. William Todd of Lethbridge, beloved partner of Ms. Trina Johnson and loving father to Hayley, passed away at the Chinook Regional Hospital on Tuesday, December 12, 2017 at the age of 57 years.

William Stephen Todd was born in Lethbridge on May 19, 1960 and was a loving partner to Trina Johnson and beloved father of Hayley Todd. He was a wonderful son to Gerald (Norma), Anne Todd, and relative to many extended family members. Bill attended Galbraith, Wilson Middle School and later graduated from Winston Churchill High School.

Bill worked at Applied Industrial Technologies for 40 years. He was an avid bowler, golfer and all-around sports guy. Bill had achieved the ultimate goal in bowling, a perfect game! He is also a Canadian Champion. However; Bill’s proudest moment was when he became a father.

He will be greatly missed by all who knew him. May you rest in peace Skippy!

A Celebration of Bill’s Life will be held at 1:00pm on Monday, December 18, 2017 at the MARTIN BROTHERS RIVERVIEW CHAPEL, 610 – 4 Street S., Lethbridge, Alberta. Cremation entrusted to Martin Brothers Funeral Chapels.

One Condolence for “TODD, William “Bill””