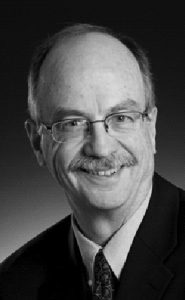 Mark was born in Edmonton, Alberta on April 8, 1943 to Donald and Margaret Sandilands, the second of two children. He attended the University of Alberta (Edmonton) where he completed post-secondary studies in Psychology, culminating in his PhD. He joined the Department of Psychology at the University of Lethbridge as an Assistant Professor in 1968 and enjoyed 32 years of teaching, research, and service before retiring in 2000.

“To laugh often and much; to win the respect of intelligent people and the

affection of children; to earn the appreciation of honest critics and endure the betrayal of false friends; to appreciate beauty; to find the best in

others; to leave the world a little better place than we found it, whether by a healthy child, a garden patch, or a redeemed social condition;

to know even one life breathed easier because you lived.

This is to have succeeded.”

This quote, found amongst Mark’s papers, summarized his philosophy of life and his commitment to issues of social justice. Mark was nothing if not an engaged citizen.

Mark’s specific field of interest was social psychology with a focus on personality, community, and environmental psychology. Through collaborative research and community service, he explored through publication and presentations, various corners of inquiry including such topics as social behaviour, gender, family violence, intergroup and cross-cultural relations, attitudes to language, psychology of patriotism and nationalism, and the psychologies of sport and of health.

Mark loved to be engaged with his knowledge. When asked what he was proudest of, his immediate response was the impact he felt he had on the students he had interacted with over his years at the University. He was also happy that he could apply his knowledge to real-life issues through active leadership and involvement with different community organizations: The Committee for an Independent Canada, Lethbridge Chapter; The Centre for Personal and Community Development (now Lethbridge Family Services); the Society for the Prevention of Child Abuse and Neglect; Alberta Mental Health, Victims and Families Subcommittee; Alberta Community Corrections (where he was a co-facilitator of educational groups for abusive men); and the City of Lethbridge’s Domestic Violence Action Team.

Mark was always active within the university environment, serving on various university committees and in various capacities on behalf of the University. In addition, he served the University of Lethbridge Faculty Association in various roles including vice-president, president, chair and chief negotiator for economic benefits, chair and chief negotiator for academic welfare, and chair for external relations. At the provincial and national levels, he served as president of the Confederation of Alberta Faculty Associations and as speaker of the Canadian Association of University Teachers (CAUT), Collective Bargaining Co-operative and of CAUT Council. Professionally, Mark served in various capacities within the Canadian Psychological Association, especially the section on Environmental Psychology, as well as on the Alberta Foundation for Nursing Research, Scientific Review Committee.

Upon retirement from the University in 2000, Mark took his political engagement to a new level when he ran for election to the 2001 Chinook Health Region Board. He subsequently served as the NDP candidate in Lethbridge West for the 2001 and 2004 provincial elections and as the NDP candidate in the Lethbridge riding for the 2008 and 2011 federal elections. While not winning in any of these elections, each attempt provided Mark with the opportunity to offer an informed and reasoned perspective on matters be they related to education, health care, environment, equity, justice, and any other issue that was top of mind at the time. He was described by others within the NDP as “a tireless mainstay and resource for local NDP members” and that through his letters to the Lethbridge Herald, he refused “to let others misrepresent the values of the progressive left or the policies of the NDP.”

Mark’s life was not all social activism. He enjoyed skiing, skating, wind surfing, dragon boating, and, most importantly, swimming which he started doing as a child; continued doing into adulthood as a coach, as an organizer, and as a competitive swimmer; and shared with Leona. Together, he and Leona competed in swim meets; travelled across Canada as well as to points in the USA, Japan, Europe, and Cuba; and finally built their cabin at Beaver Mines. The life he shared with Leona was full of good times, laughter, and love. He is missed.

Many thanks to Dr. Steeves as well as the doctors, nurses, and allied health professionals associated with the Jack Ady Cancer Clinic, the Palliative Care Team, St. Michael’s Palliative Care Unit, and the MAiD program. You all did your best by Mark.

A Memorial Gathering will be held on Tuesday, November 6, 2018 at 5:30 P.M. at the GALT MUSEUM AND ARCHIVES VIEWING GALLERY, 502 – 1 Street South, Lethbridge, Alberta.